Atecna is a specialist document management company founded in Pamplona 20 years ago. Its main aim is to help businesses increase their efficiency and improve their decision-making processes through better management of their documentation and data. It started life as a traditional file custodian but has evolved over the past two decades into a provider of fully digitised document management and process automation services.

ArcelorMittal Construction brought together the CEO and founder of Atecna, Gorka Lacunza, and architects Iñigo Beguiristain and representing GVG Architecture Studio, Josecho Velaz to talk about the design of the company’s new headquarters in Esquiroz, Spain.

Atecna’s original HQ was a single 300m2 industrial unit, but the new office and warehouse is 15 times that size and brings together the five separate sites that the business was occupying in and around the local area. The architects’ vision for the new headquarters, combining both office and warehousing, was something very different to the traditional industrial building with a prefabricated concrete structure and gable roof. Beguiristain said that he and GVG Architecture put steel right at the heart of the new building and unified the structure and the envelope using steel for both. The envelope has been completed in our versatile Chantilly 6.154.40C steel profile coated in our Authentic finish and coloured in Pyrite. The gold shading in Pyrite brings the building to life as it changes its appearance throughout the day as the sun moves across the sky. 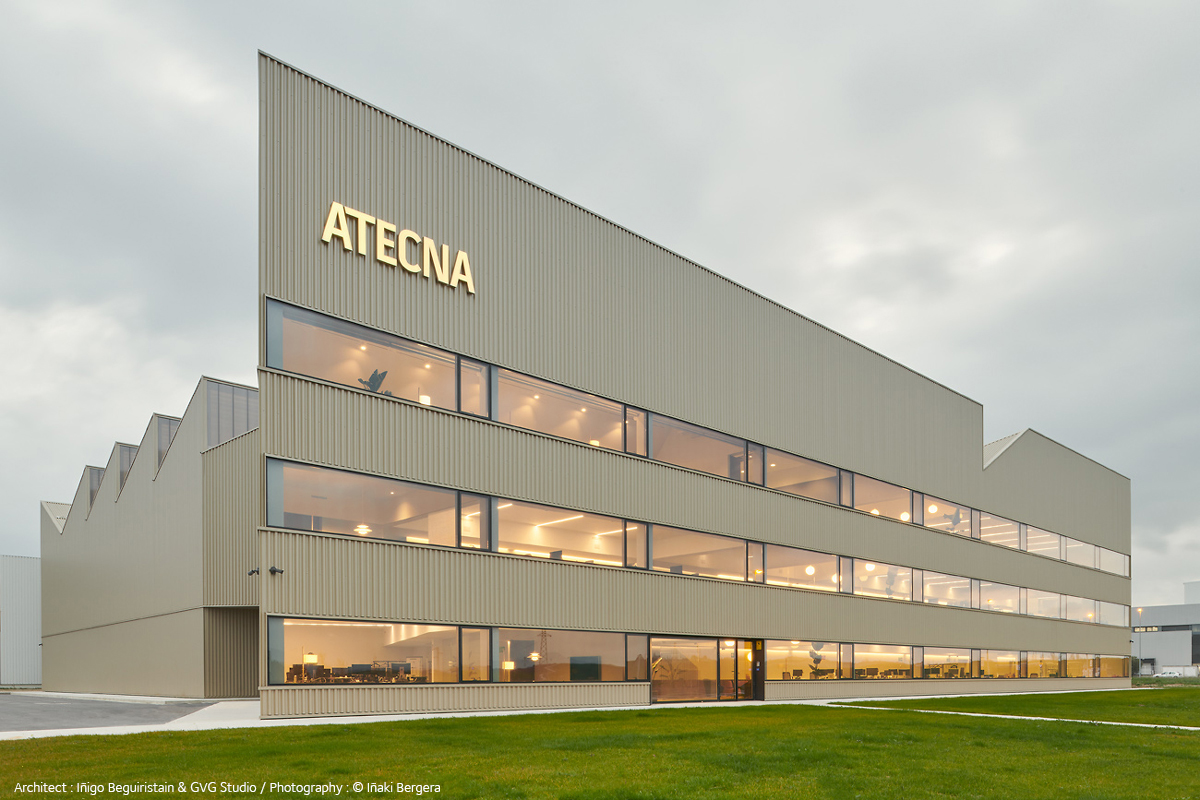 For Lacunza, having worked in several concrete warehouses, he liked the idea of using steel in the project as the unifying element between the offices and the warehouse, and was excited by the design possibilities it offered. It was important for him that Atecna had an attractive building that reflected the way the company does things now as well as its future ambition. Using steel allowed for the creation of a sawtooth in the roof, with the broken section sitting almost like a crown on the top. In fact, that silhouette has become the new logo of the company reflecting its commitment to being the first and best data management company in the market, as well as a place of belonging for its employees.

In his own words, Beguiristain added: “Atecna now presents itself to the world with this image. Probably the most interesting aspect of the whole project is the relationship between the architecture and the company, how, in the course of the construction, the two elements have merged together and influenced each other.” 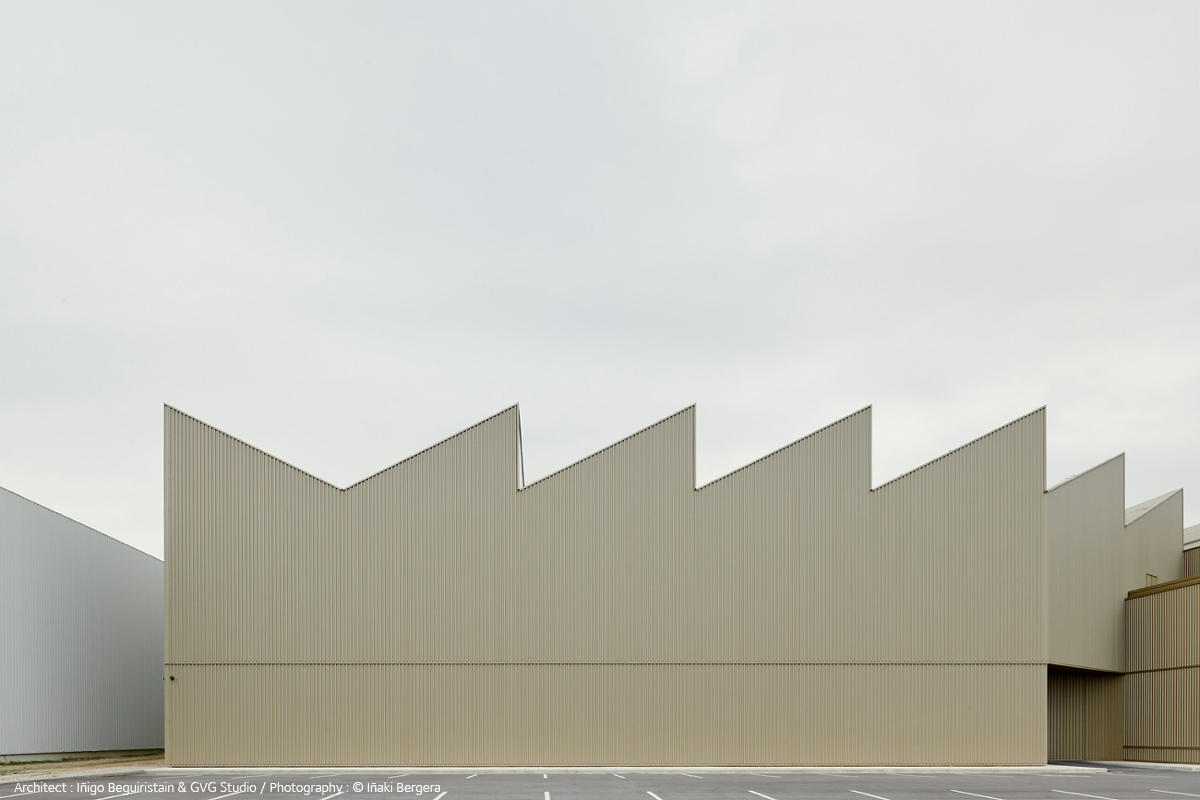